The Super Bowl is the advertising world’s biggest day of the year, and it doesn’t come cheap for most brands. This year, companies paid $5 million for 30 second spots during Super Bowl 50.

As opposed to what you might expect, the biggest marketing winner of last weekend’s Super Bowl was not one of the $5 million dollar TV spots, and apparently it came without any price tag at all.

Denver Broncos’ Peyton Manning told a CBS sideline reporter that his post-game goals included “drinking a lot of Budweiser.” Later on during the broadcast, while at the winner’s podium, he also said he was thinking about “how soon I can get a Bud Light in my mouth.”

The two plugs, both televised on CBS, created around $14 million in media exposure for Budweiser, according to the latest calculations from Apex Marketing Group Inc. About $8.8 million is derived from media coverage by national media publications and mentions on social media. Another $5 million came from television said the marketing firm to Bloomberg.

Manning wasn’t paid for the promotion, Anheuser-Busch head of marketing Lisa Weser said in a tweet.

Hi Internet. For the record, Budweiser did not pay Peyton Manning to mention Budweiser tonight. We were surprised and delighted that he did.

Manning is the league’s highest-paid endorser, according to Forbes magazine. He makes $12 million per year off the field with partners like Buick, Nationwide, Papa John’s, Gatorade and DirecTV.

Yet another example of the sheer power of influencers combined with social media. 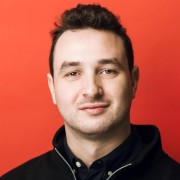